Airport noise has long been recognized as a factor in assessing home value. So, in October of 2013, when O’Hare International Airport redirected 70 percent of its traffic, residents of newly-affected neighborhoods decided they had a basis for requesting property tax relief. In March of 2014, the Cook County Board of Review agreed and granted reductions ranging from 5.5 to 11.8 percent to three residential property owners, located variously in the Indian Woods, Sauganash and North Park neighborhoods.

The controversy arose due to the O’Hare Modernization Project, which included the construction of a fourth parallel runway laid out with an east-to-west orientation. Since that runway opened on October 16th 2013, 70 percent of incoming traffic follows a path above Thorndale Avenue instead of the diagonal path planes had formerly followed. The question that residents along the flight path must now ask is, “Why not us?” Since airport noise is not a condition that randomly affects isolated households, it’s logical to assume that similarly afflicted properties will receive similar adjustments.

The flip-side of the issue concerns those properties that were formerly in the flight path. If the County grants property tax reductions to the newly harmed, it must make up revenues somewhere, so the logical candidates to make up the shortfall are those newly relieved of jet noise. Look for future assessments of those homes to cite noise abatement as a reason to assess property values upward.

Wherever you find yourself on this issue, seeking a reduction or fighting an increase, you should retain capable legal representation immediately. The relief granted in the cases noted above varies by as much as 6.3 percent. An experienced real estate attorney at Gordon & Pikarski can make the best case for the maximum reduction possible. 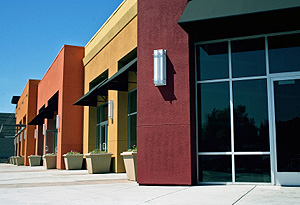